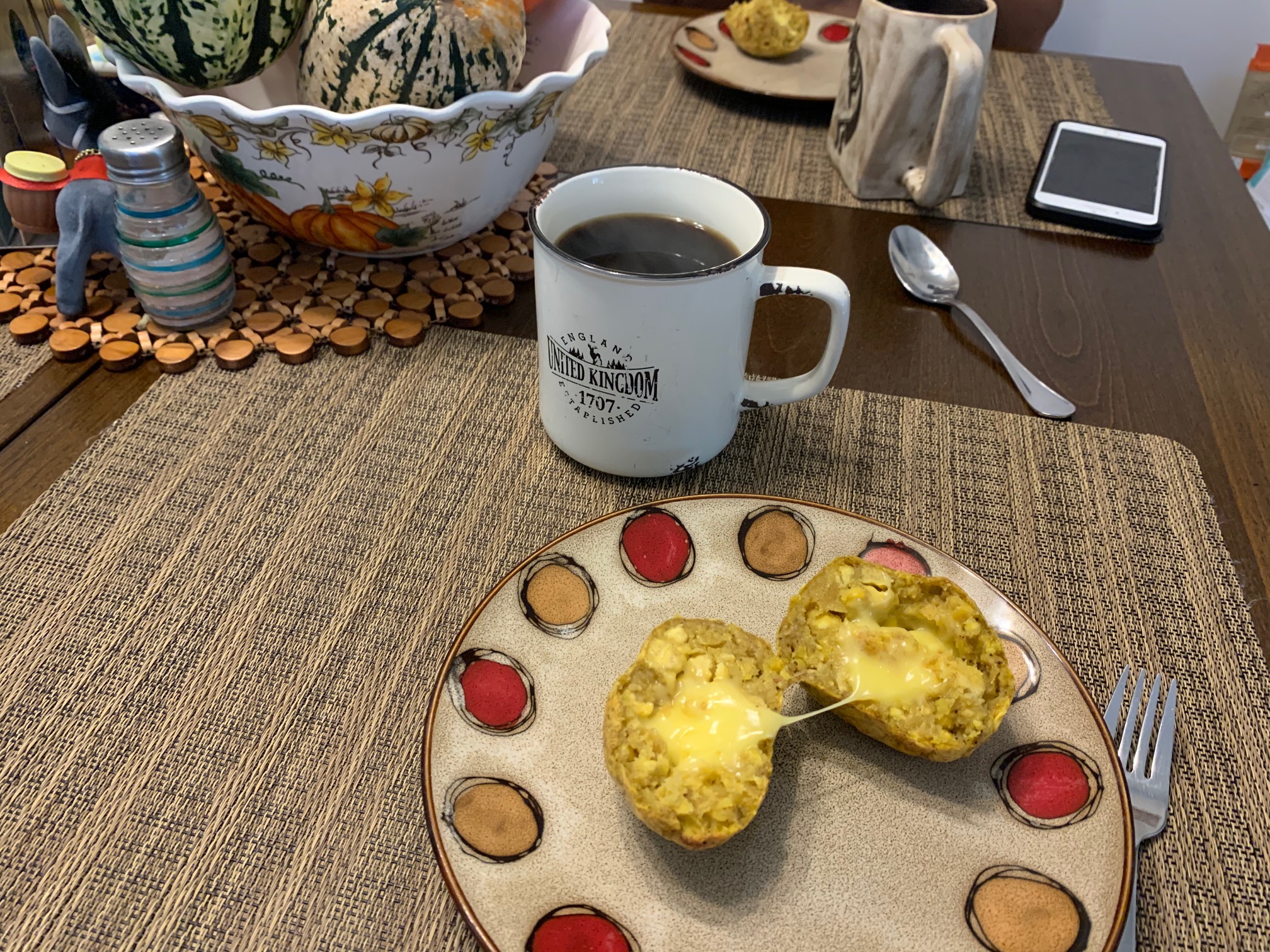 Bolon de verde are green plantain dumplings, most often stuffed with cheese and/or chicharrones (pork). This version uses vegan cheese, and makes a great, satisfying breakfast. It would also probably be good with some sliced vegan sausage.

The vegan cheese that I like the most for these are Field Roast Chao slices, but I think any vegan cheese that melts and you like would work well here. I used the plain flavor of Chao. Each dumpling takes half a slice. I usually turn the slices into shreds by cutting them up with my knife.

Preheat your air fryer to 400F. I use the Dash Compact Air Fryer.

Hi, my name is Stephen